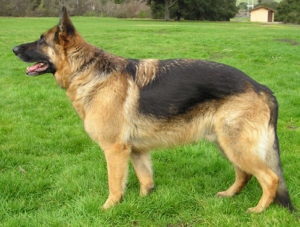 This German Shepherd broke from his lead after chasing a deer in a Wicklow Coillte Forest Park.

His owner spent eighteen hours in the deserted forest park and after trying everything he could not locate Buster. After calling in the Pet Detective two days later and fearing the worst for the dog’s safety to his amazement with the help of a tracking dog and an extensive search Buster was located in a ravine and he was reunited with his delighted owner.

Decide which cookies you want to allow. You can change these settings at any time. However, this can result in some functions no longer being available. For information on deleting the cookies, please consult your browser’s help function. Learn more about the cookies we use.

With the slider, you can enable or disable different types of cookies: